Bruckner Symphony No. 9 completed by Schaller

I have been lucky to be in the recent concert of Anton Bruckner's symphony No. 9 completed by Gerd Schaller. The concert was in an amazing atmosphere in Ebrach's "Abteikirche" with one of the bests sounds and interpretations in my opinion and also the warm south German sound of the Philharmonie Festiva was tempting. Especially the completion is the first that matches Bruckner's style as best, compared to the previous attempts during the last decades. There are no changes in style and even for experts it will be difficult to know where Bruckner ends and Schaller starts. 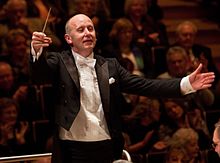 Previous attempts to complete the 4th movement ended fully out of style, sounding more like Mahler, such as Carragan or turned out to be rather boring and not inspired such as SPCM. Not so Schaller's version. He matches first time the dimension of the symphony and manages to set a point on top for a fulminate final. And even better, this new version even has a "Reprise", that non of the others tried, although in can be found in Bruckner's sketches. Schaller created an excellent coda with a full dramatic development before it. He made like a retrospective of other Bruckner's symphony themes but citing them in an indirect and modified way. Bruckner's doctor noted that Bruckner had played for him the version of the finale on piano, where he overlapped the themes of the last symphonies. Exactly this was done by Gerd Schaller, giving the coda as much authenticity as possible from the currently available material and information.

I am sure that there will be many discussions coming about this version. Some will like it, others won't. Nevertheless, I have am quite convinced that this version has a great potential to make it into concert halls.

Yesterday I got the CD of this concert, available by Profil Hännsler. I have listened to it now several times, especially the finale. My impression is that one can listen to it many times without getting tired of it. It is the same effect when listening to Bruckner's symphonies. I really can recommend this excellent recording.

Here the picture of the CD cover: 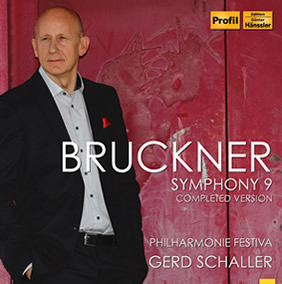