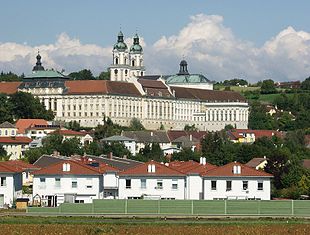 St. Florian Monastery is located near Linz in Austria. An opulent Baroque architecture of the finest art binds the visitors attention, giving him an impression of a rich culture. Its roots go back to the martyr Florianus, who worked as head of office in the Roman province Ufernoricum in the city of Lauriacum, just an hour by foot from St. Florian. He died 304 AD by torture, because of his Christian believes. Just 8 years later the Roman emperor Constantin won his battle under the cross symbol and started to tolerate the Christians, a significant turn in history. 380 AD Thedosius I. declared Christianity as state religion. Within this context, the grave of Florianus became a place of pilgrimage already in the 4th century. The location is assumed today under the monastery, which was founded in the 9th century.


Time dimensions later, Bruckner came as young man with the age of 13 to St. Florian to attend the school of 3rd grade and became choirboy. How much must this poor young boy have been impressed by this vast architecture, this amazing history or the art and music? We can only imagine it by the impression St. Florian makes to us still today.

One and a half years later Bruckner became "primus". In the center of the school's education was the religious education, that conditioned Bruckner for all of his life and that became an inner center of his symphonies.

The school's education included teaching in piano, violin, singing, and organ. Bruckner was fascinated about playing the organ and quickly became assistant of the local organist, who's improvisations Bruckner admired. In St. Florian Bruckner had one of the largest Austrian organs under his hands, that must have been impressive for a boy with 15 and 16 years. He was asked by the prelate what kind of profession he were dreaming of. "Kapellmeister" (conductor) he answered and his dream got destroyed by the comment that his was too exaggerated. It is one of the first moments, were Bruckner's fight for his profession begins, most probably caused by his poor family background.

At the age of 16, Bruckner left St. Florian and went to another school in Linz. After an odyssey, he returned 1845 as assistant teacher to St. Florian and left 10 years later to become organist at the cathedral of Linz. Through all his life, Bruckner returned regularly to St. Florian to his emotional home to find peace. His wish was to be coffined in the basilica of St. Florian, the place were we can find him today. 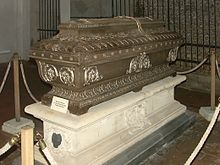